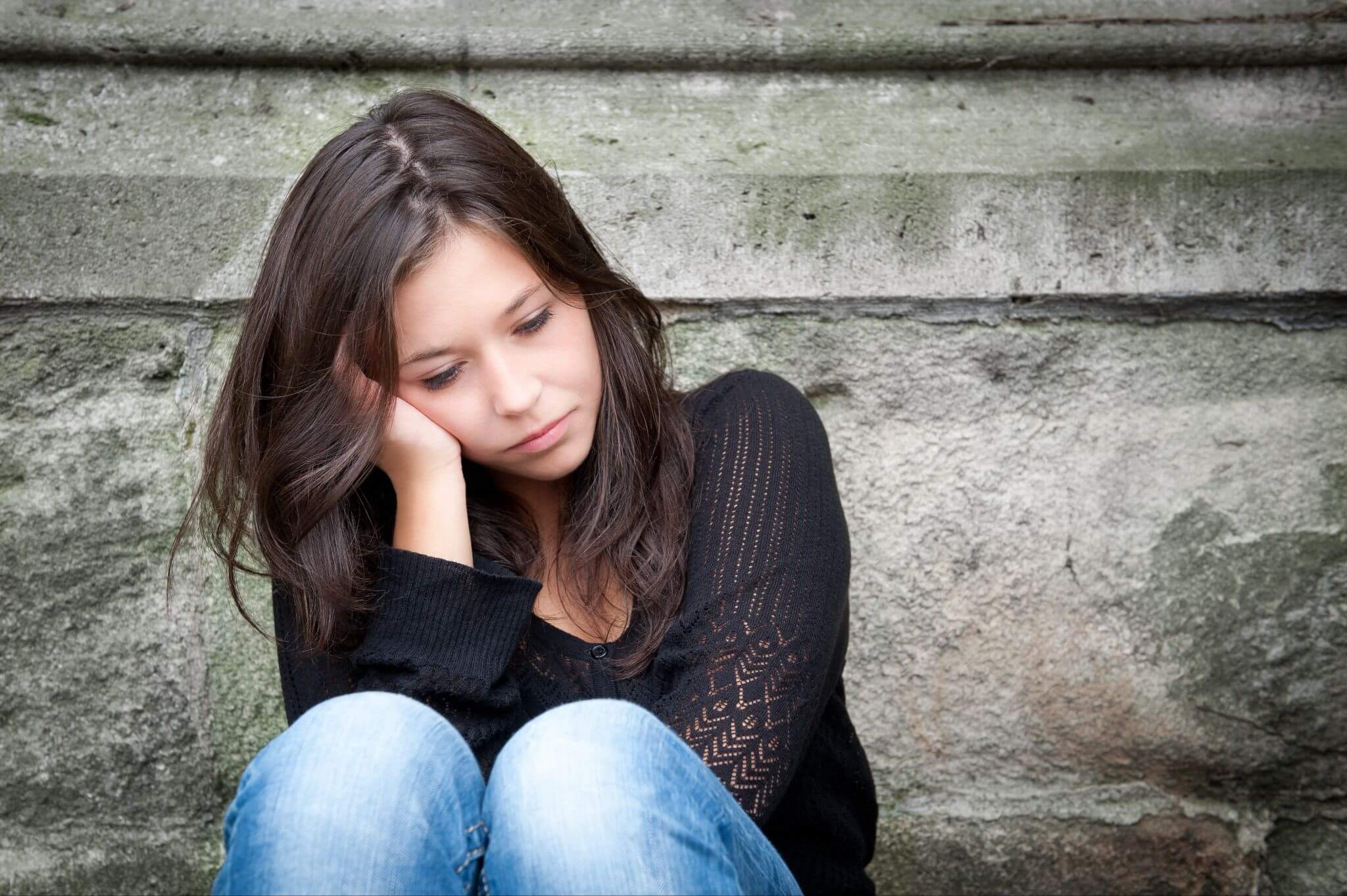 Depression in Teens: An Overview

Depression used to be seen as a disorder that mainly affected adults, but depression in teens has become taken more seriously in the last decade or so. It is a serious mental health issue that causes teens to consistently feel sad and lose interest in their normally enjoyable activities. Depression isn’t something that just gets better – it impacts how teenagers think and feel. It can cause physical, emotional, functional, and behavioral problems. Understanding depression in teens is the first step in ensuring that we are doing everything possible to help those suffering from it.

Teens can become depressed due to a number of everyday factors like peer pressure, academic pressure, and more. In this blog, we’re going to take a closer look at what causes teen depression, as well as the signs and symptoms to keep an eye out for, and how to help a teen with depression.

Symptoms of depression in teens

One of the most challenging things about diagnosing depression in teens, or simply noticing that they may be struggling, is that many of the symptoms can be confused with normal teenage behavior. Many parents believe that their teen is simply ‘acting out’ or going through normal teenage mood swings.

The truth of the matter is that depression is incredibly serious in teenagers, and according to Suicide.org, around 20% of all teens experience depression before adulthood. One of their most disturbing statistics accounts for suicide as the third-highest leading cause of death in people aged between 15 and 24 in the United States.

The symptoms of depression in teens vary wildly from individual to individual. However, there are tell-tale emotional and behavioral signs that could indicate depression. These are the most common symptoms to keep an eye out for if you think your teen might be struggling with depression:

Common types of depression in teens

Humans are creatures of habit, and teens are particularly affected by big life events that change their usual routines. Adjustment disorder is a type of depression that can start a few months after a life-changing event like moving schools or state, the death of someone close, or a divorce. The symptoms of adjustment disorder should only last up to six months, but they can interfere with sleep, social interaction, and academic performance.

Although this may seem like a brief period, it’s always a good idea to take your teen for counseling or at least some kind of therapy before a big change, if possible. If not, then it’s important to get them professional help after the event if you notice that they are struggling.

Dysthymia, otherwise known as persistent depressive disorder, is chronic depression of a lower grade. The usual symptoms of depression are visible, such as changes in sleeping and eating habits, irritability, and low energy. According to studies, around 11% of 13 to 18-year-olds experience dysthymia at some stage. Dysthymia isn’t as severe as major depression but given that it can last for over a year, it could have a significant impact on a teen’s social, academic, and family life. It could make teens more susceptible to other major mood disorders later on.

Major depression is the most severe form of depression in teens. According to the National Institute of Mental Health, at least 13% of teens between the ages of 13 and 17 suffer from a minimum of one episode of major depression. Some teens only have one of these episodes, but more often than not, it’s something that continues later in life without the proper treatment. Major depression is incredibly disruptive and will interfere with a teen’s ability to socialize, work, study, eat, or take part in activities that they usually enjoy. It’s essential to get the professional help that your teen needs if you suspect that they might be suffering from major depression.

Get help for your teen

Depression in teens can be caused by a number of things, such as personality disorder, biology/hereditary disposition, bullying, social anxiety, substance abuse, huge changes, and much more. It’s essential that you seek professional help if you think your teen is struggling with depression.

At the OC Teen Center, we are here to help with your teen’s mental health struggles. Our world-class facilities are set up in such a way that our professionals can diagnose and begin treating your teen in a safe environment – with minimal disruption to their daily lives.

We have highly trained medical professionals that will work with your teen in one-on-one therapy sessions, group sessions, and goal-orientated sessions that help teens struggling with depression look forward to the future.

Get in touch with us at the OC Teen Center if you would like more information on how we can help treat your teen suffering from depression or any other mental health disorder.